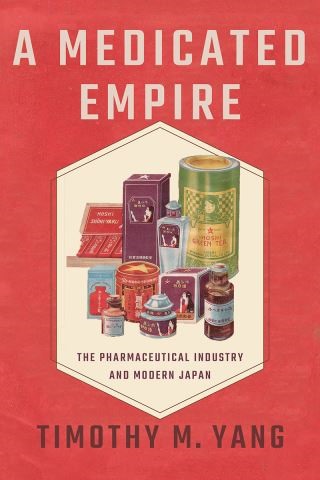 The Pharmaceutical Industry and Modern Japan

In A Medicated Empire, Timothy M. Yang explores the history of Japan's pharmaceutical industry in the early twentieth century through a close account of Hoshi Pharmaceuticals, one of East Asia's most influential drug companies from the late 1910s through the early 1950s. Focusing on Hoshi's connections to Japan's emerging nation-state and empire, and on the ways in which it embraced an ideology of modern medicine as a humanitarian endeavor for greater social good, Yang shows how the industry promoted a hygienic, middle-class culture that was part of Japan's national development and imperial expansion.

Yang makes clear that the company's fortunes had less to do with scientific breakthroughs and medical innovations than with Japan's web of social, political, and economic relations. He lays bare Hoshi's business strategies and its connections with politicians and bureaucrats, and he describes how public health authorities dismissed many of its products as placebos at best and poisons at worst. Hoshi, like other pharmaceutical companies of the time, depended on resources and markets opened up, often violently, through colonization. Combining global histories of business, medicine, and imperialism, A Medicated Empire shows how the development of the pharmaceutical industry simultaneously supported and subverted regimes of public health at home and abroad.

Timothy M. Yang is Assistant Professor of History at the University of Georgia.